Alle Activiteit
On 6 July 2013, (Un)usual Business organized the first "Conversation Market" at the Utrecht shopping mall Hoog Catharijne. It took place within the framework of a large-scale art event called "Call of the Mall" (20 June - 22 September 2013).

Based on the idea that conversation is the most valuable research tool with which to unearth community economies, during the "Conversation Market" we discussed personal experiences and observations about economic daily life with the co-researchers, communities we invited, and passersby. In this way, everyone—and equally no one—was considered an expert on the subject. 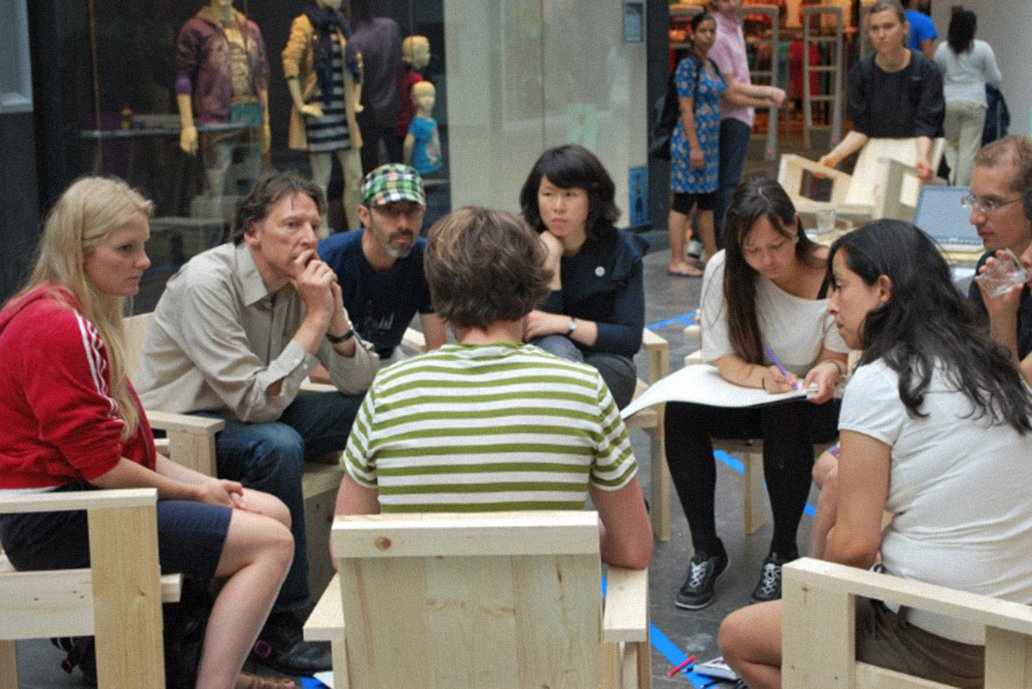 The setting for the event was created by artist Aimée Zito Lema in collaboration with architect LeRyan. Through her inspiring workshop "Sitting is a Verb – Rietveld for (Un)usual Business", which extended itself to the location of the "Conversation Market", people could build their own Rietveld crate chair. The chairs, as well as three specially designed over-sized crate tables, provided the furniture for the "Conversation Market", creating an “unusual” research environment that prompted a large number of people to participate while frequently catching the eye of passersby.

The "Conversation Market" was organized as an "open space", a way of structuring meetings where people decide for themselves what they want to talk about and what they feel is important to discuss. To be able to use the conversations for further research, we asked the participants to keep track of their conversations on large sheets of paper (see image above). The harvest from the "Conversation Market" was a set of inspiring mind maps that showed that Utrecht is in fact full of small initiatives and people who cherish sharing, self-sufficiency, sustainability, community, and social development. It also showed that the definition of economy extends beyond the concepts of work, money, and consumption, and into our daily lives. 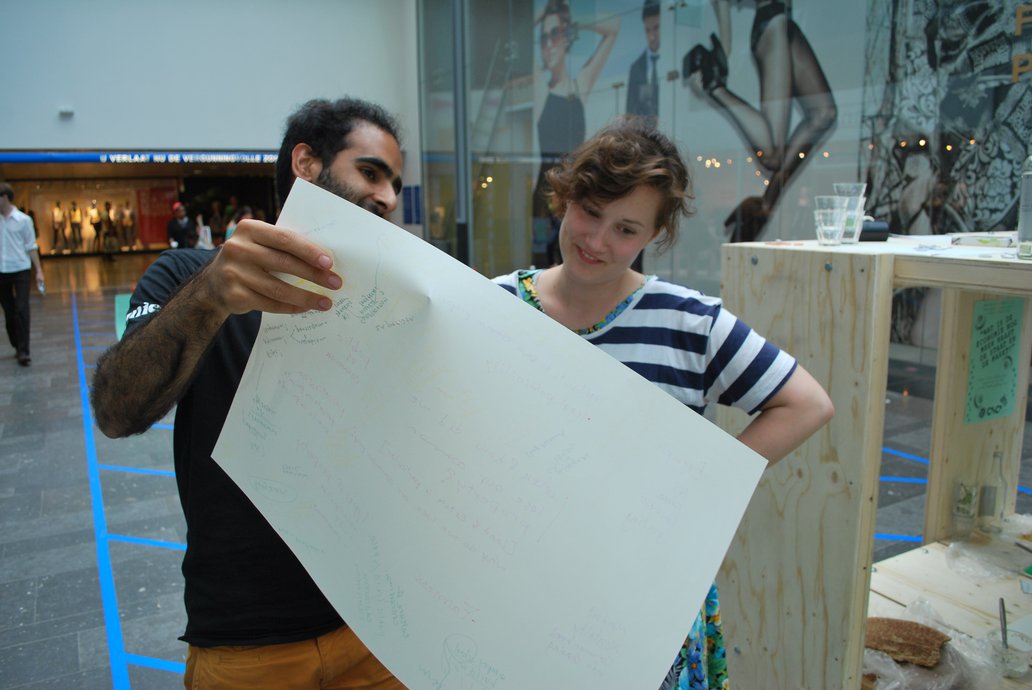 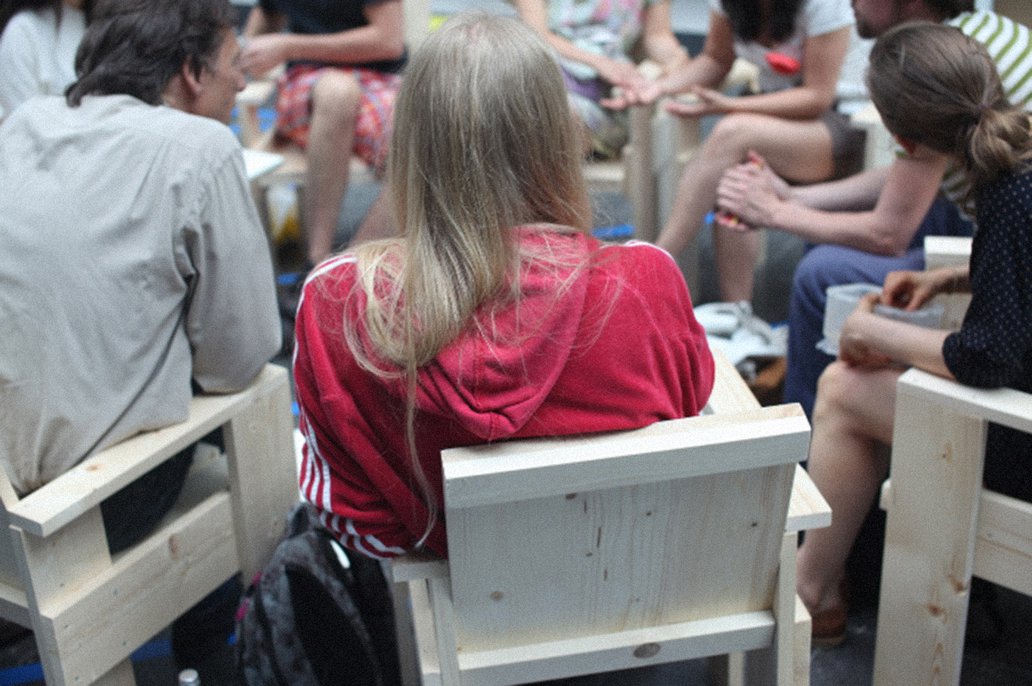